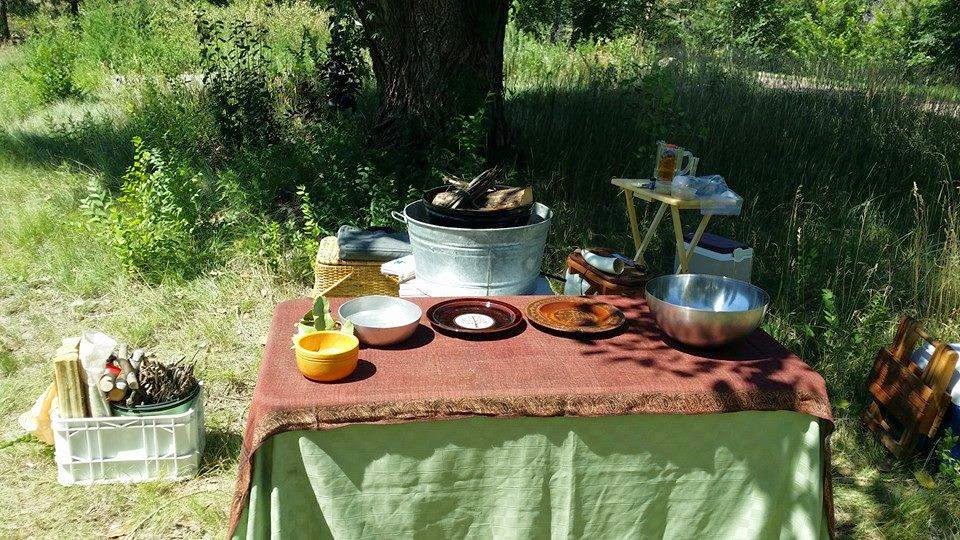 The last month has been busy for Chokecherry! After performing at the Elizabeth Celtic Festival as 80% of the Front Range Druid Players, we followed this up with several important milestones for our little protogrove ("protogrove", btw, is an ADF term for a small new local group). On August 1 our protogrove application was approved by the organizing committee, making us an official part of ADF, and allowing us to affiliate with Chokecherry through the ADF website. We now have five members who are also paid ADF members - an impressive start for a new group. Three of us, moreover, are already experienced celebrants and liturgists - an almost unheard of situation.

Following our approval, we held our second public High Day ritual at Overland Pond Park - First Harvest, or Lughnasadh. The deities honored this time were our bountiful Mother Earth and the Corn King, also known as John Barleycorn. Seventeen people attended and shared fellowship in ritual and afterwards on a relatively mild Denver summer day.

The last act of our busy month was another performance of "Blodeuwedd, or the Betrayal of Lleu" at the Colorado Scottish Festival, once again sponsored by the Colorado Welsh Society. Some of us will also be at the Long's Peak festival next month in Estes Park - stop by the CWS booth if you'd like to chat or get more information.
Posted by GRG at 8:28 AM

Preregistration for our 2023 October Retreat